The Association of Sworn Court Interpreters and Legal Translators of Slovenia, registered in Logatec, was founded on February 13, 2012 at its first meeting upon the initiative of four founding members. The founding meeting was attended by 19 court interpreters, legal translators and members of the interested public.

The idea of founding a professional association that would represent the interests of sworn court interpreters is at least ten years old. The path from the idea to the founding is not very long; however, the path from the idea to the formation of firm objectives and weighing real opportunities for successful work is much longer. Let me present this in a chronological order.

In 1999, I first established contact with the competent people at the Ministry of Justice of the Republic of Slovenia (Ministrstvo za pravosodje RS) to discuss the supplementation of preparatory seminars for future sworn court interpreters. The time was right, since the Minister of Justice at the time, Mr Tomaž Marušič, had dedicated increased attention to the appointment of court appraisers, court experts and court interpreters, if compared to the past, especially prior to 1997. In 2006, as a sworn court interpreter, I first presented the profile of court interpreters at an international conference, i. e. at the International Federation of Translators in Winterthur, Switzerland (8th Forum of the Committee for Court Interpreting and Legal Translation). I received a lot of feedback from conference participants, and many proposals for the modernisation of court interpreting in Slovenia at various levels. In 2008, I attended the 9th Forum of the FIT Committee for Court Interpreting and Legal Translation in Tampere, Finland, where I provided an informal report on the current progress in the field of court interpreting in Slovenia. In 2009, I held a presentation on Slovenian court interpreters at the founding conference of the European Legal Translators and Interpreters Association (EULITA), upon the request of the Slovenian Judicial Training Centre (Center za izobraževanje v pravosodju; CIP). The European Association, which was first called ELITA and later renamed to EULITA, is a project which received funding from the General Directorate of the European Commission for Justice (project number JLS/2007/JPEN/249). The man behind this idea was Prof. Erik Hertok, PhD, from the Lessius Hogeschool in Antwerp. Ms Liese Katschinka was the elected president of the Association.

The idea of founding an independent association of Slovenian court interpreters was also brought to light at the conference, and it received extensive support from EULITA participants from Austria, Poland, the Netherlands, Scotland and France.

In spring 2009 and 2010, i.e. before and after the EULITA founding conference, I prepared a consultation of all presidents and members of the committees responsible for the examinations for court interpreters with the CIP, in cooperation with other founding members of our association. Besides the presentation of EULITA objectives, the discussion was also focused on the assessment criteria, translation techniques, formatting aspects of court translations, as well as the Directive 2010/64/EU on the right to interpretation and translation in criminal proceedings, and other open issues. CIP has successfully continued the tradition of consultations and dissemination of information in the fields of court interpreting and legal translations. In 2010, two interpretation students at the Karl and Franz University in Graz prepared undergraduate theses on the topic of court interpreting in Slovenia. On the basis of a survey that was conducted, they found that nearly 90% of the 191 respondents (i.e. court interpreters) see a need for founding an independent association of court interpreters. The main role of this Association should be the continuing education requirement as well as the representation of professional interests. On 12 April 2010, the Association of Scientific and Technical Translators of Slovenia (Društvo znanstvenih in tehničnih prevajalcev Slovenije) rejected a student’s request for the provision of professional literature in the field of court interpreting (which is basically non-existent) with the following clarification, “As you probably already know, the appointment, work and dismissal of court interpreters are entirely the responsibility of the Ministry of Justice of the Republic of Slovenia, which issued specific Rules governing the relevant field. I cannot imagine why we should consider the position of court interpreting in Slovenia as special or interesting, since the work of court interpreters is carried out in accordance with the above-mentioned Rules. It is true that some of our members are also court interpreters; however, our association does not devote any special attention to this specific field. We propose that you address your request to the Ministry of Justice of the Republic of Slovenia, and, perhaps, to the Translation Department of the Faculty of Arts in Ljubljana.”
The Ministry of Justice of the Republic of Slovenia has been considering the necessity for continuing education for court interpreters for a long time. In the end, the courts significantly contributed to the outcome, since it has occurred in the past that the president of the panel mastered a specific language better than the court interpreter. This resulted in an amendment to the Courts Act (Zakon o sodiščih), which entered into force on May 18, 2011. The new provision is stipulated in Article 84 §4 of the education requirement for court experts, court appraisers and court interpreters. The education requirement for court interpreters was, thus, not introduced by the Rules amending the Rules on Court Interpreters (Official Gazette of the Republic of Slovenia, No. 1/2012), but the amended Article 84 §4 of the Courts Act. Article 29.a of the Rules on Court Interpreters specifies that a court interpreter for a specific language must attend at least five professional training programmes during a 5-year period.

Nevertheless, let me reiterate; the fundamental objective of the newly founded association is to represent the interests of sworn court interpreters and provide continuous professional development to court interpreters and legal translators. The idea of founding the association is based on thorough preparations and professional knowledge, and appeared much earlier than in November 2011, at the TRAFUT event in Ljubljana. 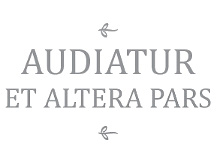 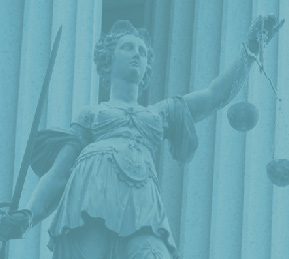